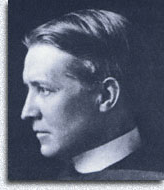 Bertram Grosvenor Goodhue was born in Pomfret, Connecticut on April 28, 1869. His early years were spent studying the arts and humanities at home. From his study of the classics, Goodhue learned of the great architectural styles and monuments of the ages. He later used this classical foundation in the design of the Nebraska State … Continued 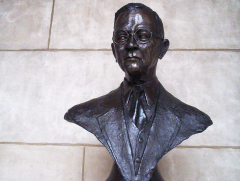 Hartley Burr Alexander, Professor of Philosophy, was born in Lincoln, Nebraska, in 1873. He spent his youth in the Midwest and his school years in Syracuse, Nebraska. He received his bachelor’s degree from the University of Nebraska in 1897. After receiving his doctorate in philosophy from Columbia University in 1901, he worked in the East … Continued 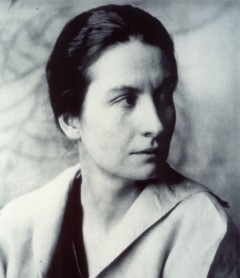 Hildreth Meiere was born in New York City in 1892 to a household where art was an important part of life. As a teenager she decided to become an artist and was taken to Florence, Italy to begin her studies. There she was exposed to classical art and the great artists of the Renaissance. Upon … Continued 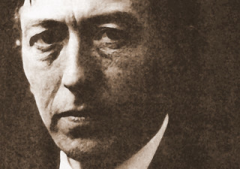 Lee Lawrie was born in Rixdorf, Germany, in 1877, and came to America with his family at the age of four. His artistic talent revealed itself first as he sketched and drew the world around him as a young boy. At fourteen he was hired to do odd jobs in a sculptor’s studio, there he … Continued