The theme of the Vestibule is “Gifts of Nature to Man on the Plains”. The sun, an important gift of nature, is represented in the top of the dome, the chandelier and the large floor mosaic. In the Guastavino mosaic tile dome, surrounding the sun and a calendar featuring the four seasons is a large circle showing agricultural products of Nebraska.

The outer border of the dome contains the inscription:

Behold they come as householders, bringing earth’s first fruits, rejoicing that the soil hath rewarded their labors with the abundance of its seasons.

The pendentives in the corners of the dome showcase the four seasons of agriculture. The arches surrounding the dome are filled with native fauna of Nebraska.

The three large wall murals were painted by James Penney and added to the Capitol in 1963. In sunset colors Penney painted “The Homesteader’s Campfire”, “The First Furrow” and “The House Raising”. 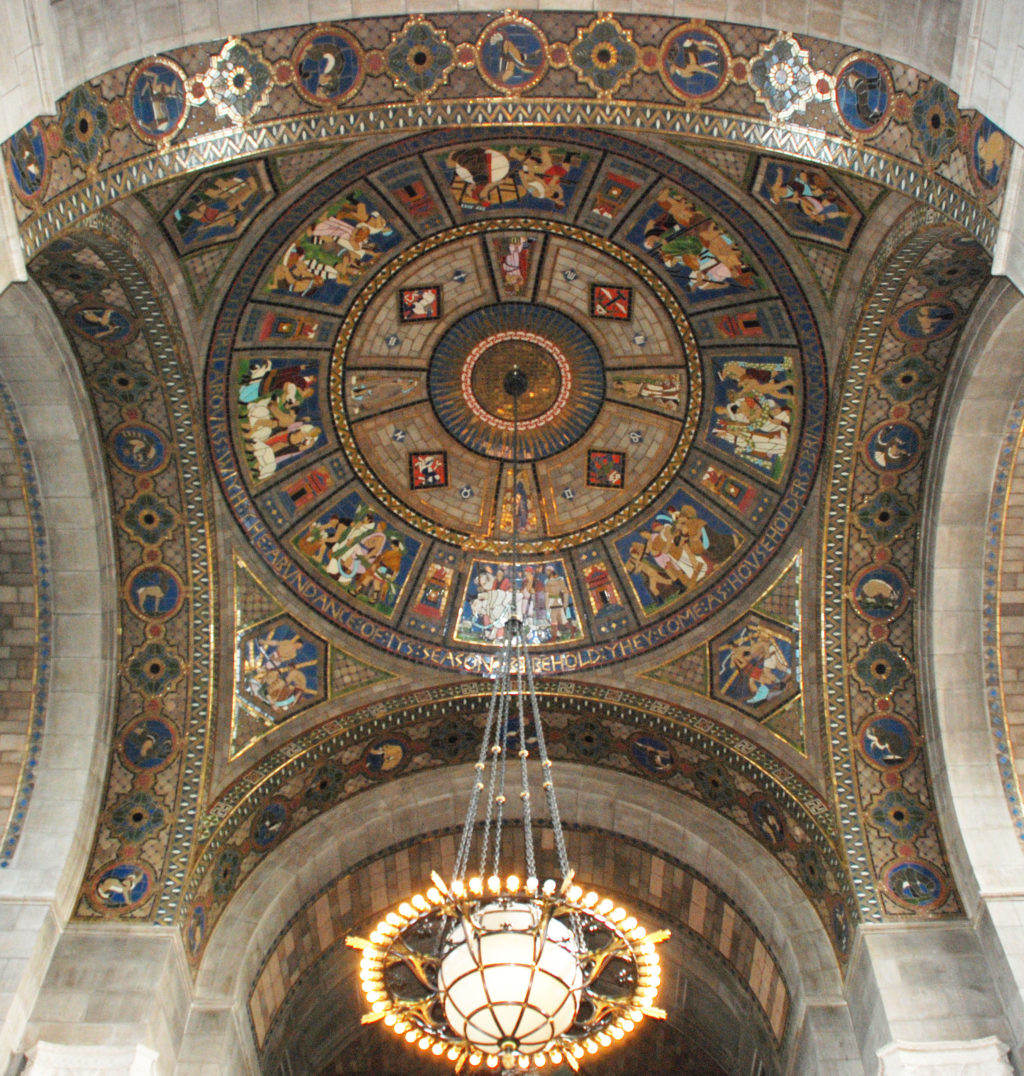 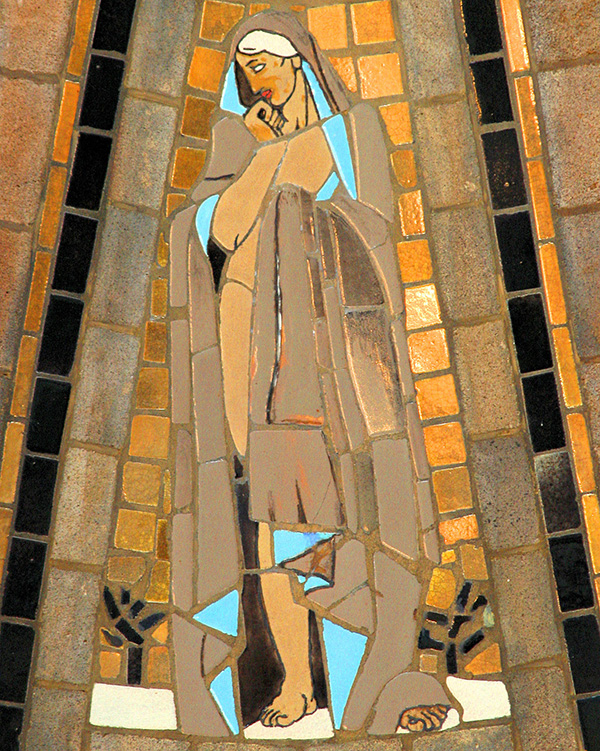 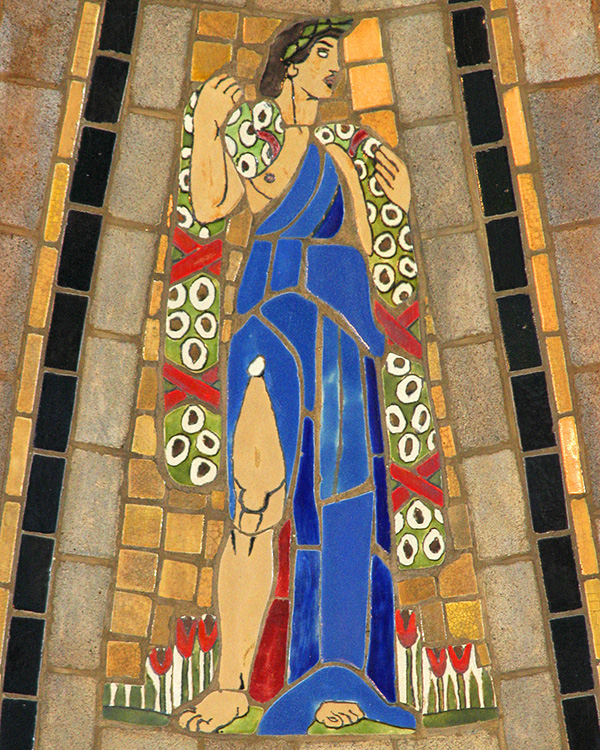 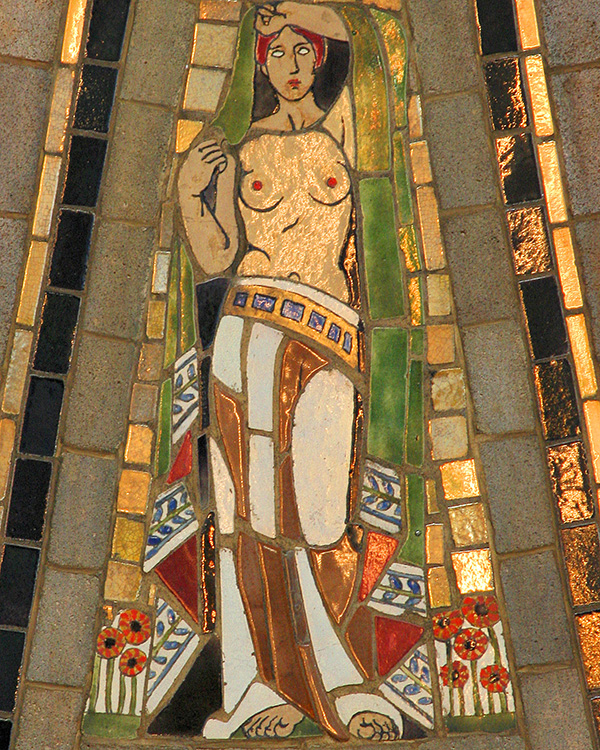 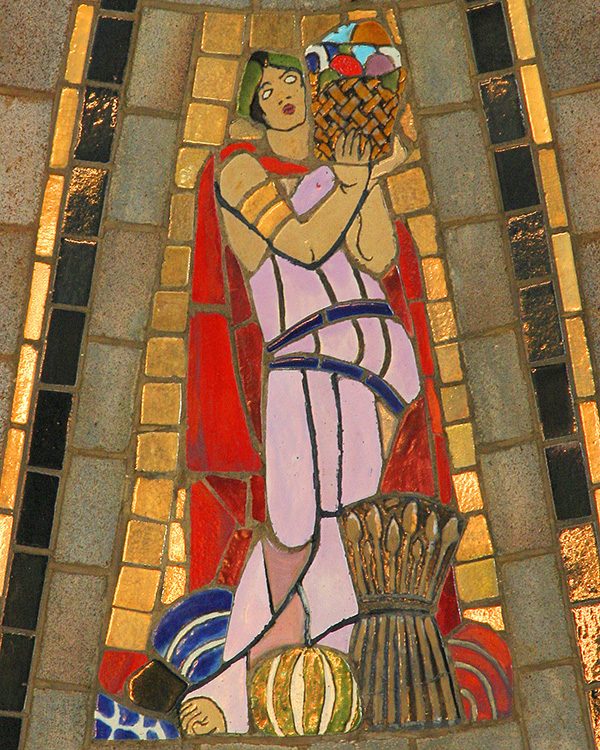 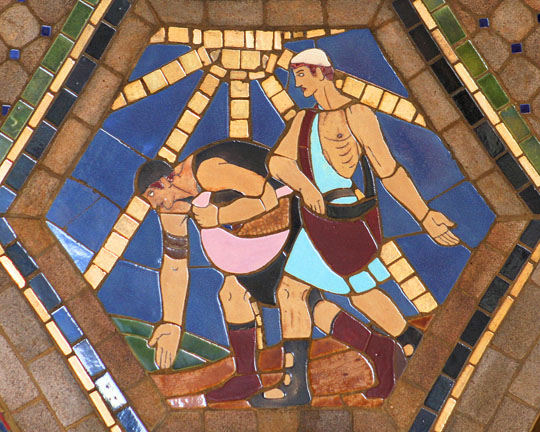 Sowing- One of the Seasons of Agriculture 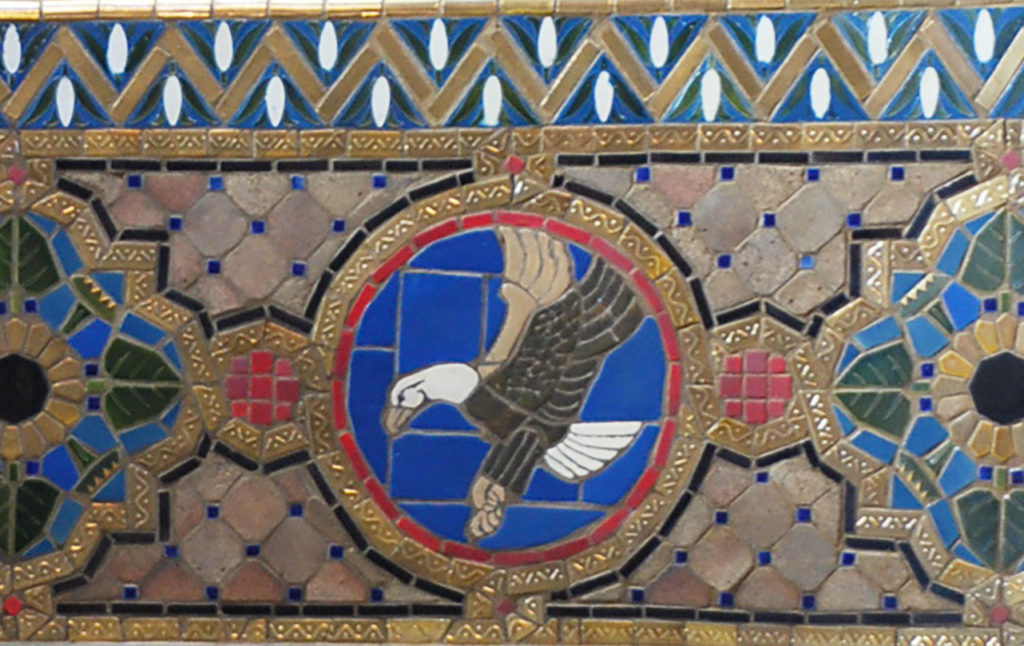 The Homesteader's Campfire by James Penney

The First Furrow by James Penney

The House Raising by James Penney