The location of Nebraska’s capital city was determined by an act of the Nebraska Legislature on June 14, 1867. Moving the capital away from the eastern edge of the state in Omaha and further out into the new state was to encourage accessibility to the capital city from all parts of the newly created state. The law identified the Governor, the Secretary of State and the State Auditor as Commissioners for the purpose of locating the seat of government and the public buildings of the State of Nebraska. The Commissioners surveyed the area of Seward County, the south half of Saunders and Butler Counties and the northern area of Lancaster County. The small village of Lancaster was chosen and Lincoln was born as the capital city. The site chosen for the Capitol was a knoll to the south and east of the village.  The new capital was to house the Capitol. The State University, the Penitentiary and the State Mental Hospital were all to be located in the new capital.

Erasing the existing village plan of Lancaster, the original plat map of Lincoln created by the Commission identified the four square block locations of the University on R Street,  Statehouse Square on K Street and Lincoln Park on F Street. 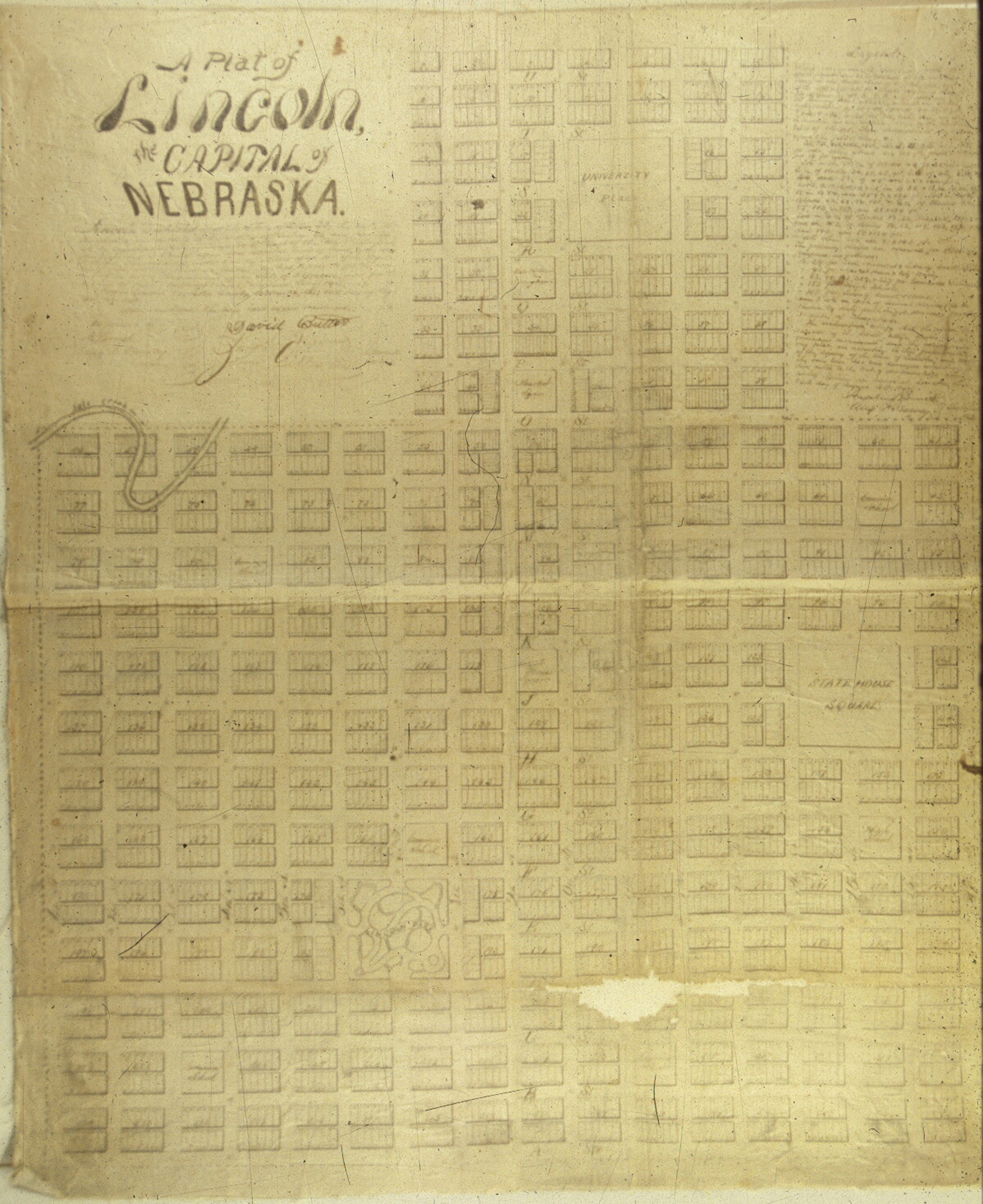