In the east and west arms of the cross which is centered on the Rotunda are the two chambers of Nebraska’s legislature. Nebraska had a bicameral government until 1937, when the Unicameral was formed. 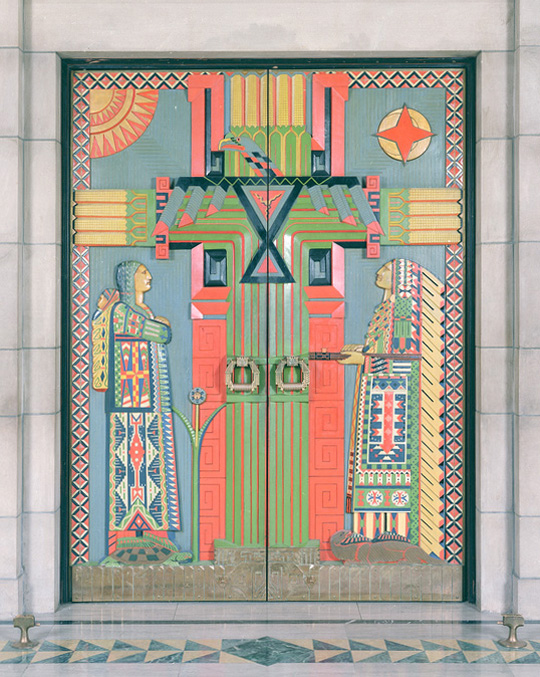 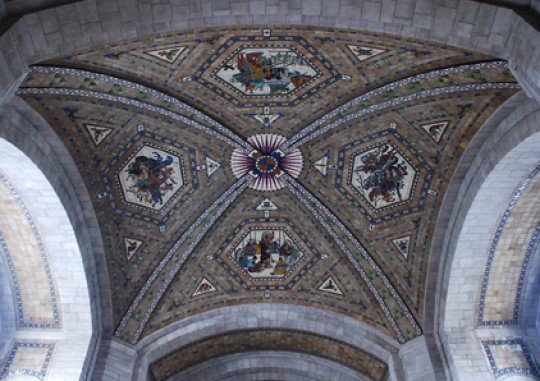 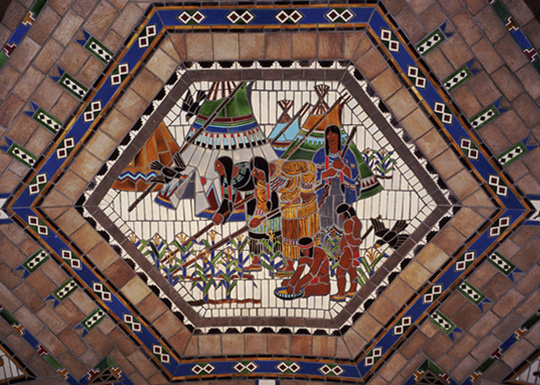 The West Chamber was chosen to house the new single governmental body because it was the larger of the two chambers. The two chambers are decorated to represent the two groups which brought their cultures into the Plains. The East Chamber symbolizes the aboriginal life of the Indian, the First People of Nebraska. The West Chamber symbolizes the European age of settlement, with the successive appearance of the Spanish, French, and Anglo-American upon Nebraska Soil. The East Chamber was renamed the Warner Legislative Chamber to honor the Warner family and their contributions to the growth of the Unicameral system in Nebraska.

The colorful doors to the Warner Chamber tell of Native American culture and life. Corn, the First People’s main agricultural crop and important food source is in the center of the doorway, represented as a tree of life. The Thunderbird, a symbol of rain and life is pictured at its center. On the sides, a man is standing on an otter, a symbol of medicine and a woman is standing on a turtle, symbol of fertility.

Hildreth Meiere’s ceiling mosaics within the chamber represent the daily activities of the first cultures of the Plains: women hoeing corn, a war party, a tribal council, and a buffalo hunt. The mosaics and decorative borders were designed to look like Native American beadwork.