The Lincoln Monument on the West Plaza of the Nebraska State Capitol is the only structure on the grounds that predates Bertram Goodhue’s “Tower on the Plains” begun in 1922.

When Daniel Chester French received the commission to produce the Lincoln statue in June 1909, he was one of America’s leading sculptors with works like the Minute Man in Concord, Mass and the Gallaudet Memorial in Washington, D.C. to his credit.

French collaborated with architect Henry Bacon to provide the Lincoln statue with its architectural setting.  French stated he “purposely tried to represent Lincoln bearing the burdens and perplexities and problems of the Great War.”  The statue’s attitude is one of reverence over a grave in keeping with the speech delivered at the dedication of the cemetery at Gettysburg, Pennsylvania, November 19, 1863.  The bronze statue is standing on a granite pedestal with the Gettysburg Address carved into the Rhode Island granite backdrop. French and Bacon had worked together before in artistic partnership and later collaborated in 1922 to produce the Lincoln Memorial with its seated Lincoln in Washington, D.C. In sculpting first the standing Lincoln in Nebraska, then the seated Lincoln in Washington, French relied on Leonard Volk’s life mask of Abraham Lincoln made in April 1860 and the photographs in the Frederick Meserve collection.

The pedestal is flanked by eagles and surrounded by an open granite enclosure with bronze lamps at either side.  The flagstones used in this setting and the interior courtyards of the Capitol are Colorado Red Sandstone and were originally used as sidewalks around the second Capitol.

Lincoln opposed the Kansas-Nebraska Act of 1854 which created Nebraska as a territory of the United States because its “popular sovereignty” clause allowed extension of slavery into the territories.  Though Lincoln never set foot in Nebraska, he twice came close while on speaking trips in Kansas and Iowa.  In August 1859, while campaigning for President in Council Bluffs, Iowa, he noted Omaha’s presence directly west across the Missouri.  On December 2, 1863, President Lincoln designated Omaha the starting point for the continuation of the transcontinental railroad which would eventually join the coasts by rail.

One of Lincoln’s last acts as president was to reappoint Alvin Saunders, Nebraska’s last territorial governor.

Fourscore and seven years ago our fathers brought forth on this continent a new nation, conceived in liberty, and dedicated to the proposition that all men are created equal. Now we are engaged in a great civil war, testing whether that nation, or any nation so conceived and so dedicated, can long endure.  We are met on a great battlefield of that war. We have come to dedicate a portion of that field as a final resting place for those who here gave their lives that that nation might live. It is altogether fitting and proper that we should do this. But, in a larger sense, we cannot dedicate — we cannot consecrate — we cannot hallow—this ground.  The brave men, living and dead, who struggled here, have consecrated it far above our poor power to add or detract.

The world will little note nor long remember what we say here, but it can never forget what they did here. It is for us, the living, rather, to be dedicated here to the unfinished work which they who fought here have thus far so nobly advanced.  It is rather for us to be here dedicated to the great task remaining before us — that from these honored dead we take increased devotion to that cause for which they gave the last full measure of devotion; that we here highly resolve that these dead shall not have died in vain; that this nation, under God, shall have a new birth of freedom; and that government of the people, by the people, for the people, shall not perish from the earth. 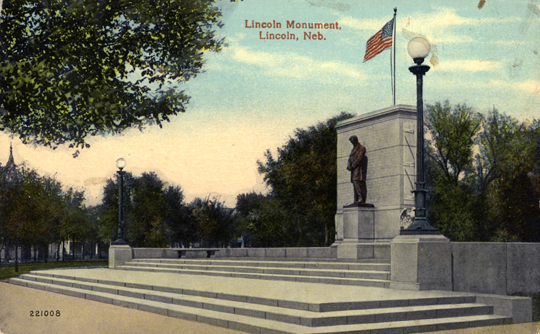 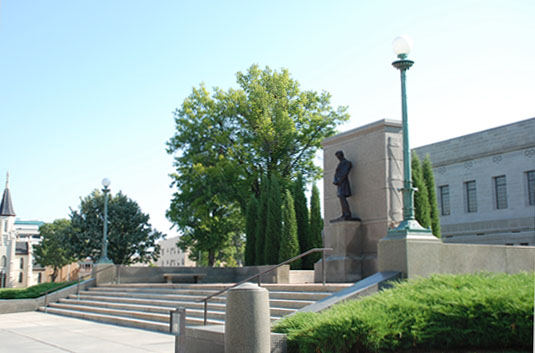 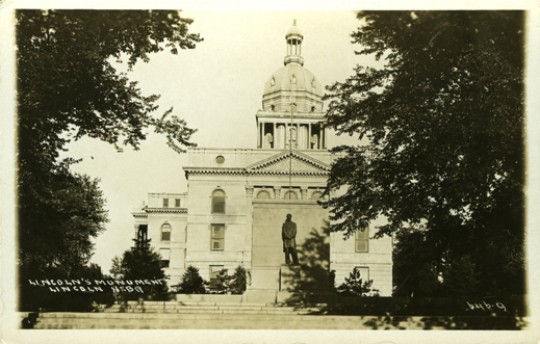 Lincoln Monument as installed on the Second Capitol grounds

The Lincoln Monument was created to celebrate the 100th anniversary of Abraham Lincoln's birth. i 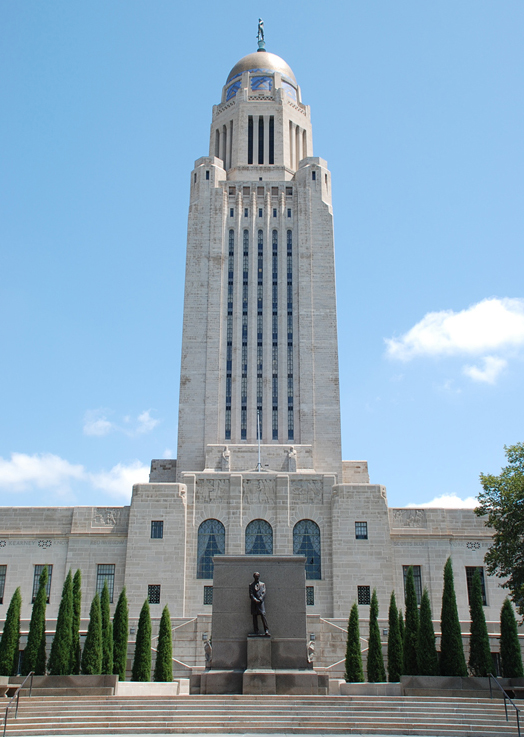 Lincoln Monument on west side of third Capitol

The Lincoln Monument remained in its original location and the new Capitol replaced the old. 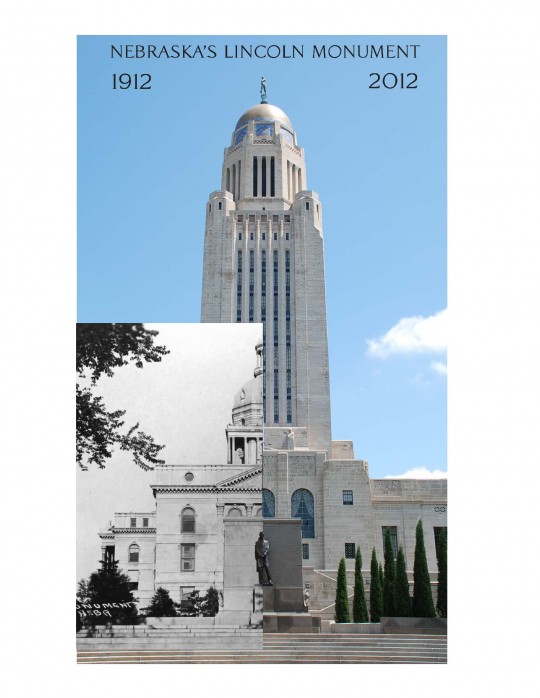 Comparing the Lincoln Monument after 100 years

The composite images was created to celebrate 100 years of the Lincoln Monument in 1912.