The central room of the 14th Floor Observation Level is the Memorial Chamber, it is “dedicated to the forms of heroism called for in the public service and in devotion to humanity”. 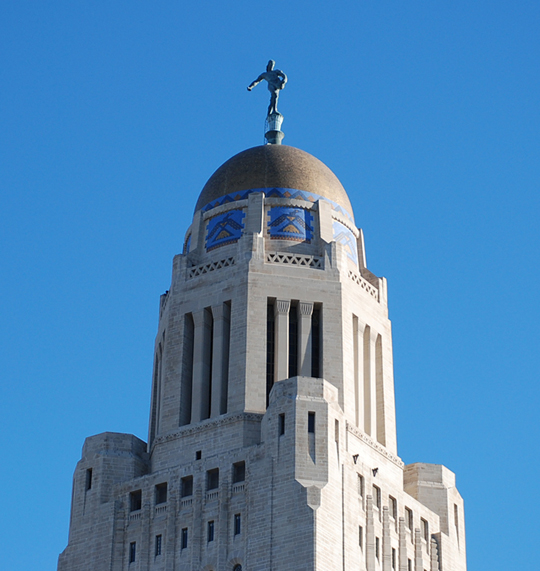 The octagonal Memorial Chamber sits atop the office tower 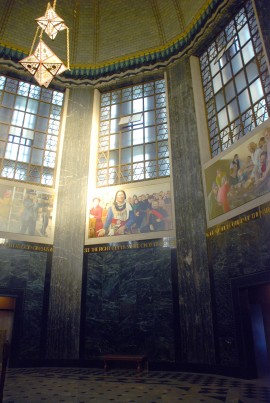 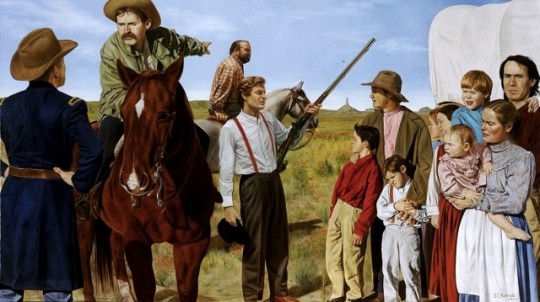 The Ideals of Self-determination by Stephen Roberts 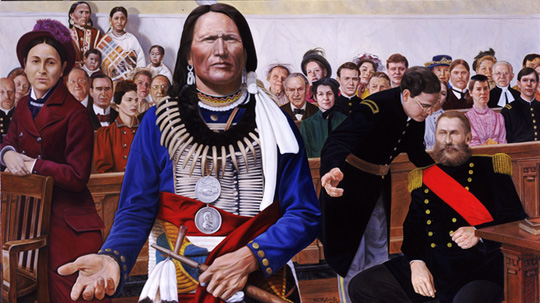 The Ideal of Freedom by Stephen Roberts 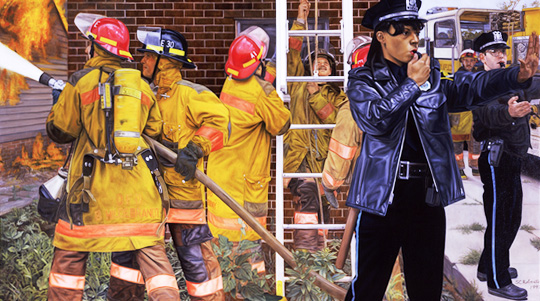 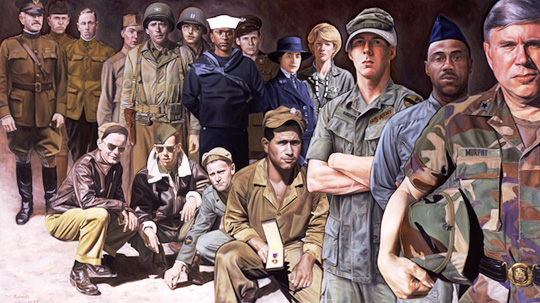 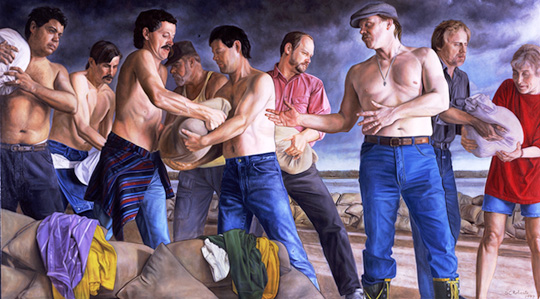 The Scourge of Famine by Stephen Roberts 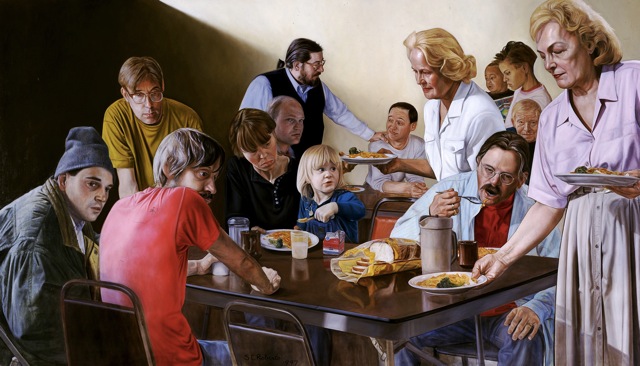 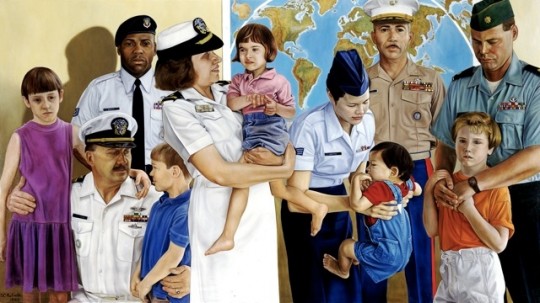 The Ideal of Universal Peace by Stephen Roberts 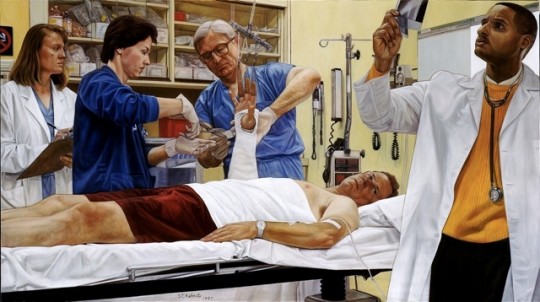 The dignity of the Chamber is derived from the monumental use of black marble-Black Belgian, Italian Porto Oro, and Vermont Verde Antique. The inscription beneath the murals is taken from Abraham Lincoln’s Second Inaugural Address. The dome quietly represents the evening sky, and the chandelier the evening star shining in it.

Eight murals representing “heroic enterprises associated with Nebraska history” were added to the Chamber in 1996. The murals were painted by Nebraska artist Stephen Roberts and represent four military themes and four civic themes.

Americans and Nebraskans have fought to bring about the conditions which promote peace.

Recognition of those who attend to the health of the people.

Americans and Nebraskans have respected the rights of peoples to establish and determine their own governments.

Recognition of heroic service to society and devotion to humanity through providing relief for the poor and oppressed.

Americans and Nebraskans have gone to war to advance the rights of people.

Recognizing the service and devotion of professionals and volunteers who protect the lives and property of their fellow citizens.

Americans and Nebraskans have fought to preserve a sense of justice in the relationships of nations.

Recognition of the endeavors of citizens to preserve and enhance the natural environment against natural and man-made forces.

The area south and southeast of the Capitol contains some of the oldest homes in Lincoln. To the southeast is the Thomas P. Kennard House- Nebraska’s Statehood Memorial- constructed in 1867. The Governor’s Residence was opened in 1958. McPhee Elementary took the place of the Capitol School. At the edge of the city, grain elevators serve agricultural interests.

Lincoln Mall connects the Capitol with the Hall of Justice and the County/City Building, seat of local government. The landscaped boulevard honors Abraham Lincoln with statues and quotations. Beyond the overpass of Rosa Parks Way, the railroad yard routes coal trains from western mines to eastern markets. Remnants of the saline wetlands which once covered the area can be seen as lakes to the northwest.

The Department of Labor is one of several buildings surrounding the Capitol which house state agencies. Lincoln High School, the city’s first high school, is at the intersection of J Street and Capitol Parkway. The tree canopy at Woods Park is seen in the middle of the image. Growth in Lincoln was originally to the east, but recently has expanded in all directions

In his plan for Nebraska’s third capitol, Goodhue suggested on-axis boulevards radiating from the Capitol site into the city. Centennial Mall connects the Capitol with the State Historical Society and University of Nebraska. State and federal office buildings, and museums are located along this pedestrian corridor through downtown Lincoln.