The theme of the Foyer is the “Life of Man”. On the floor are three mosaics which represent the Earth, “The Spirit of the Soil”, “The Spirit of Vegetation” and “The Spirit of Animal Life”. The three medallions in the ceiling represent “Traditions of the Past”, “Life of the Present” and “Ideas of the Future”. 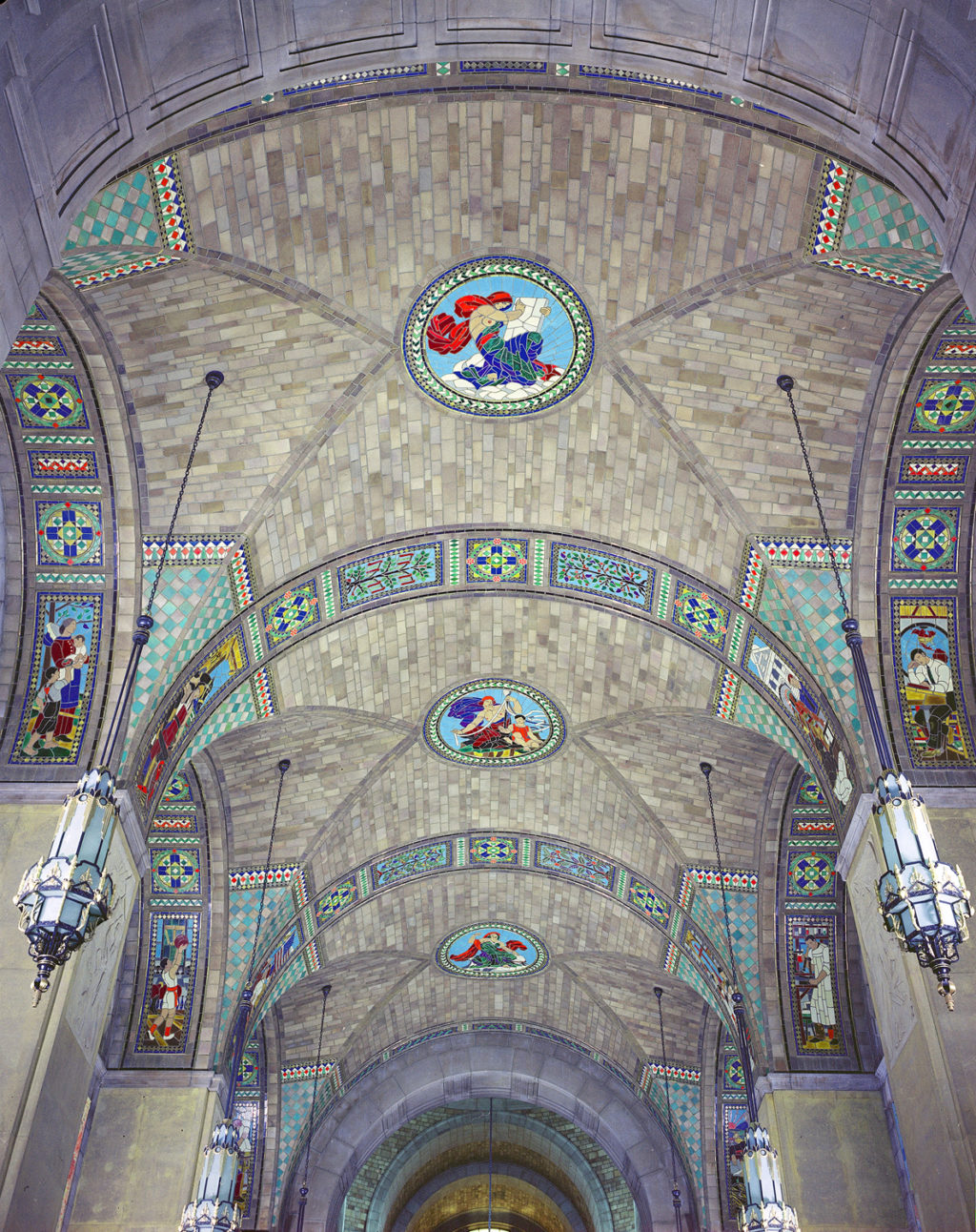 The foyer ceiling with mosaics of the activities of society. 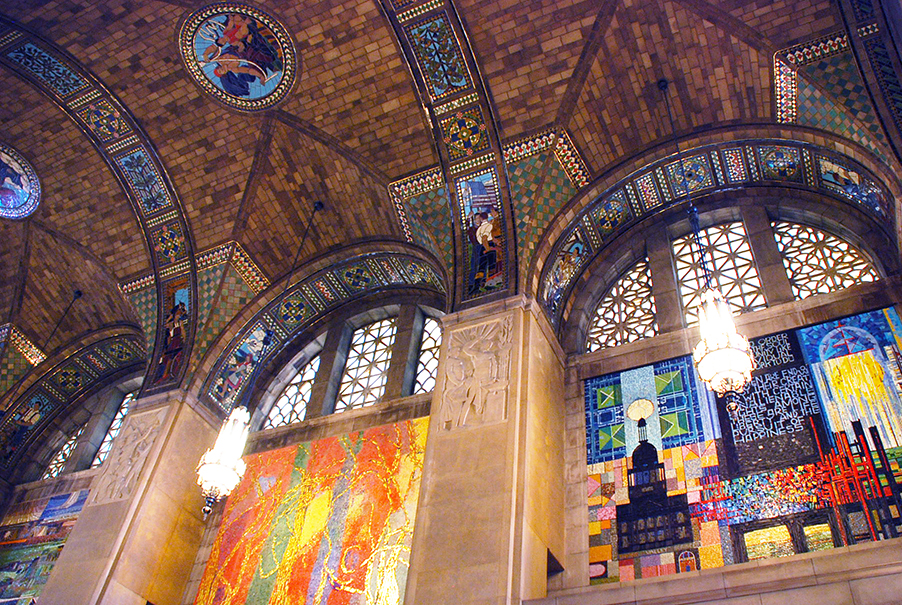 View of east side of Foyer with murals and tile vaulting 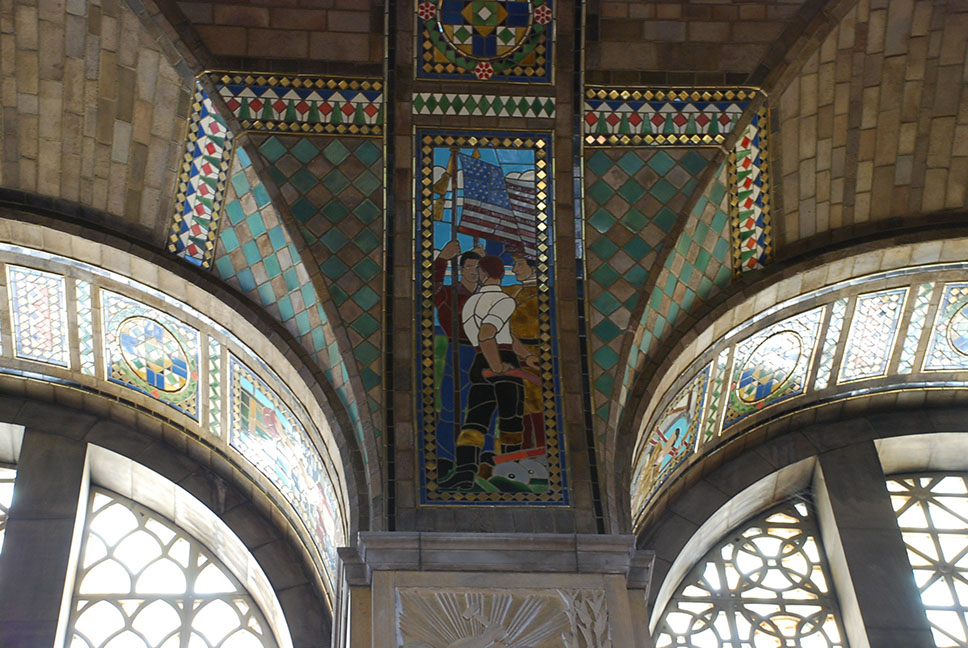 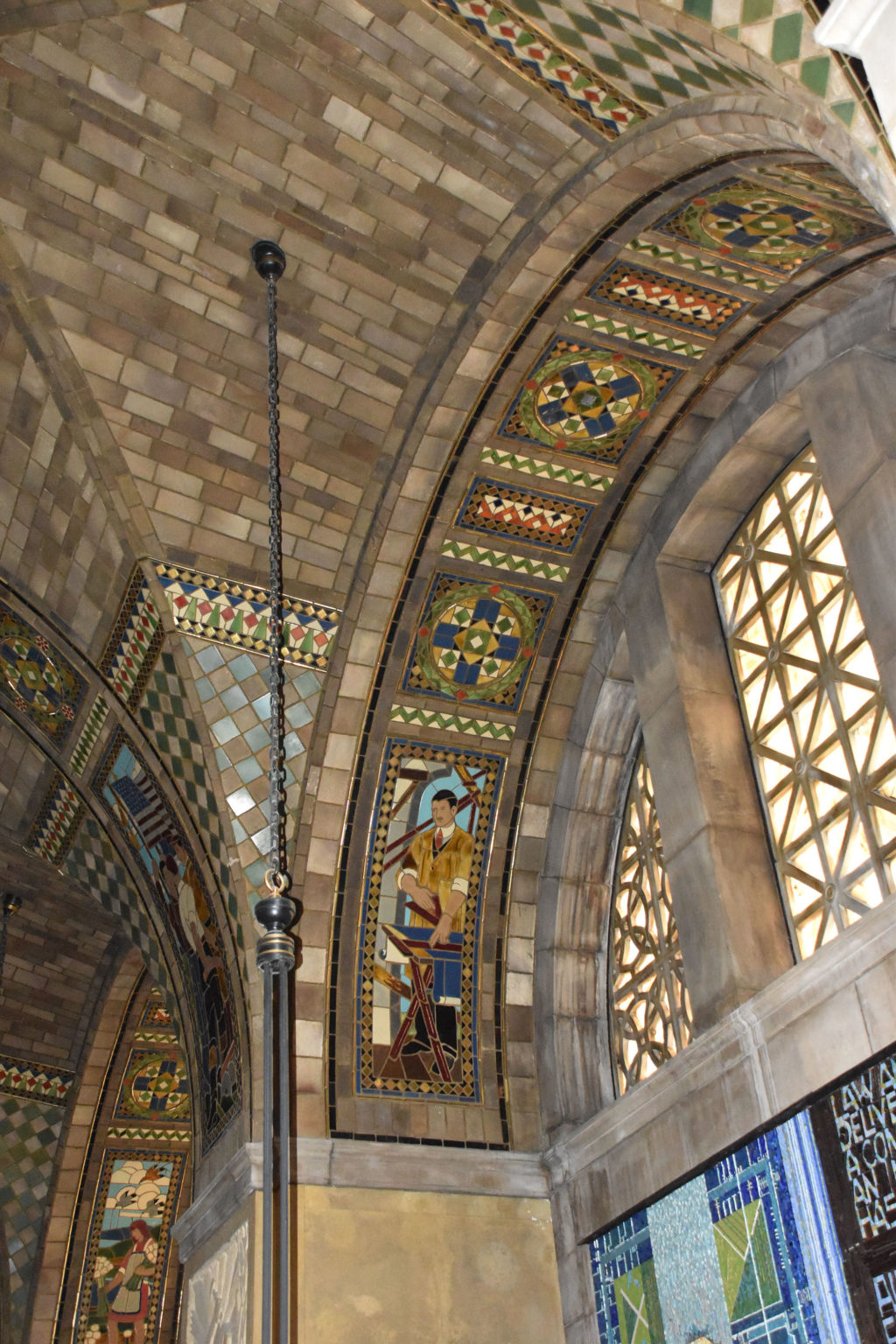 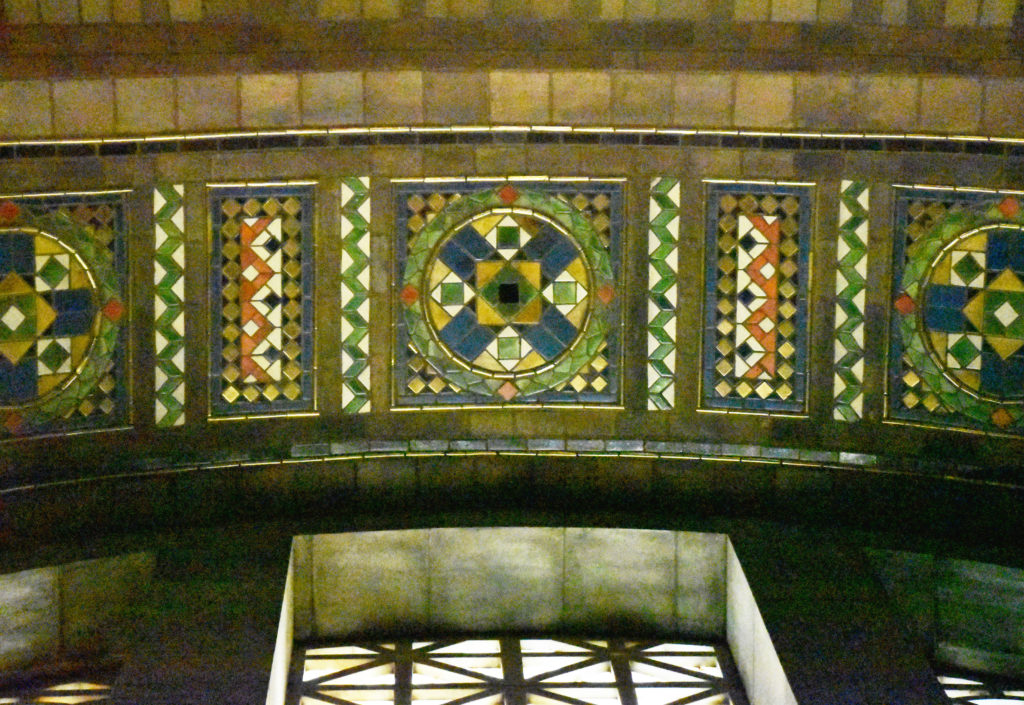 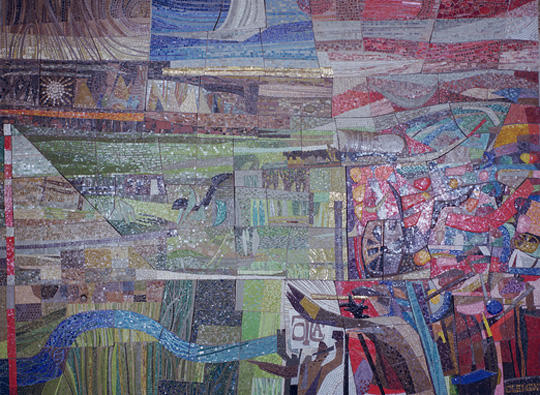 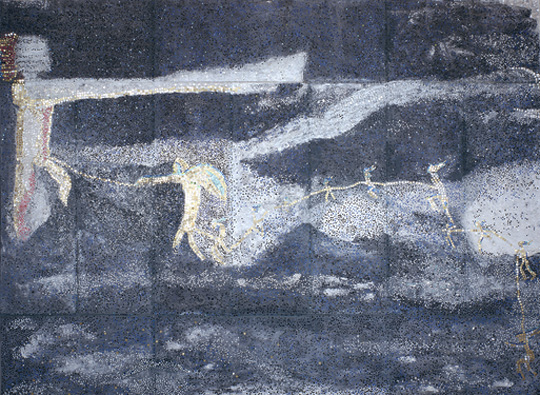 The Blizzard of 1888 by Jeanne Reynal 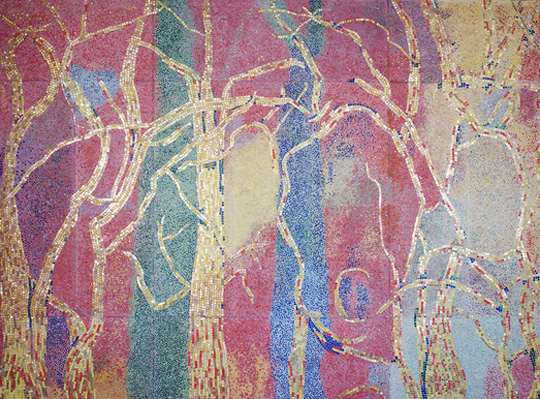 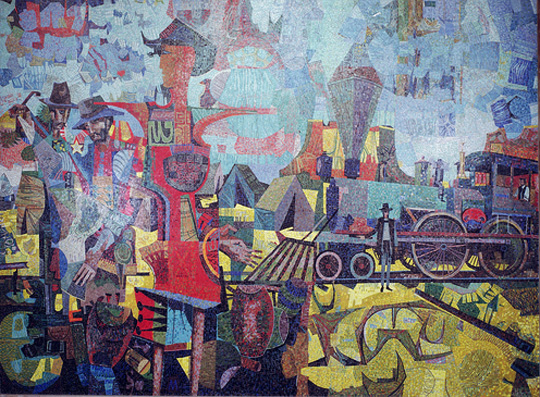 The Coming of the Railroad by F. John Miller 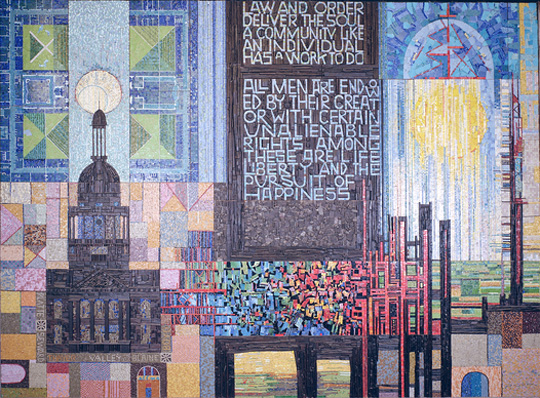 The Building of the Capitol by Reinhold Marxhausen 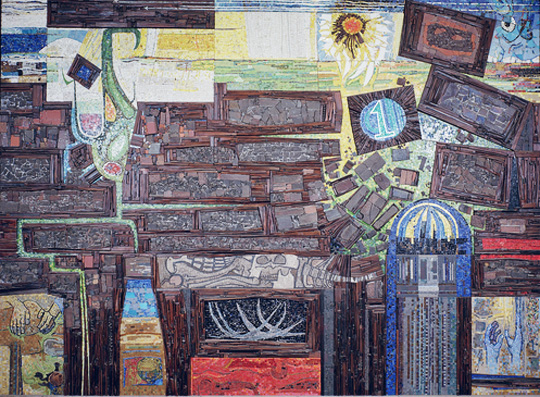 The Spirit of Nebraska by Reinhold Marxhausen 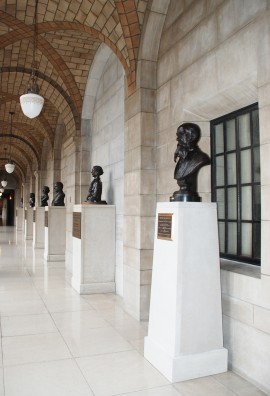 View of Nebraska's Hall of Fame 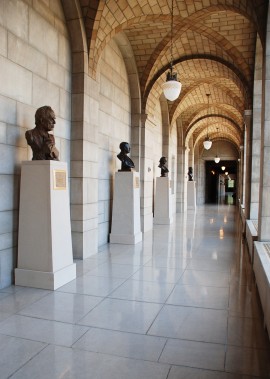 View of southwest gallery and Hall of Fame members

The six large mosaics on the walls were commissioned to celebrate Nebraska’s Centennial in 1967. They are: The United State Survey by Charles Clement, The Blizzard of 1888 and Tree Planting by Jeanne Reynal, The Coming of the Railroad by F. John Miller, and The Spirit of Nebraska and The Building of the Capitol by Reinhold Marxhaussen.

The Nebraska Hall of Fame was dedicated in 1961 and includes busts of individuals who have served Nebraska and the nation. Starting in the Foyer, the Hall of Fame continues in the Courtyard Galleries. From the courtyard galleries the fountains added to complete architect Bertram Goodhue’s original vision and celebrate Nebraska’s Sesquicentennial can be viewed.