The floor plan of the Capitol is a cross within a square and the Rotunda, 112 feet tall, is located at the intersection of the arms of the cross in the center of the building. 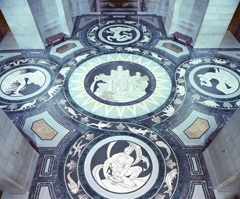 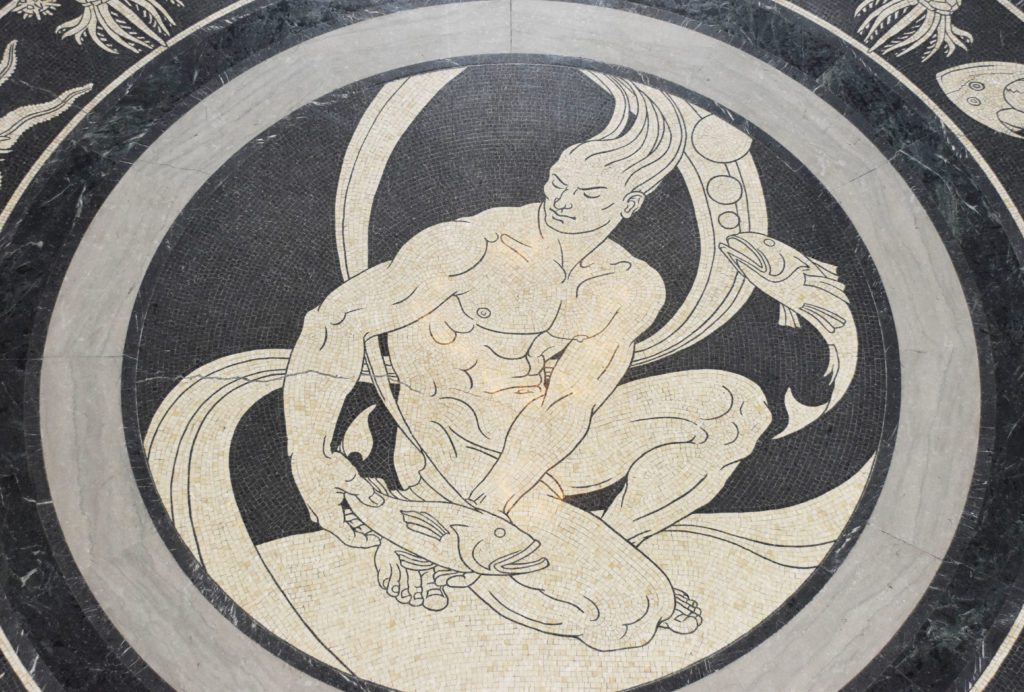 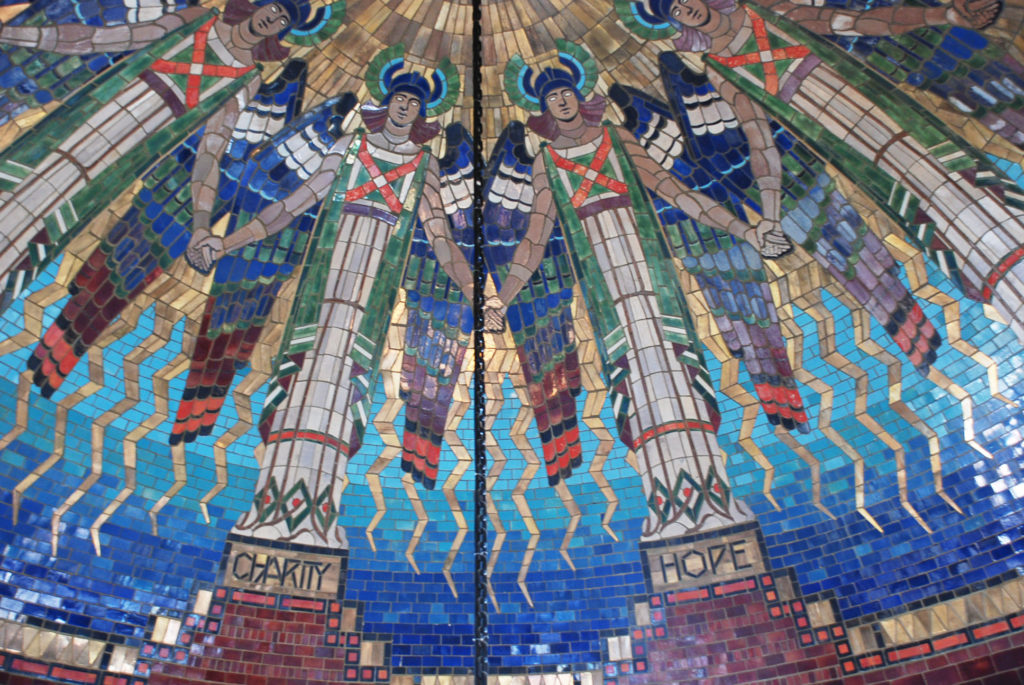 Virtues of the State- winged figures in the rotunda domeAn 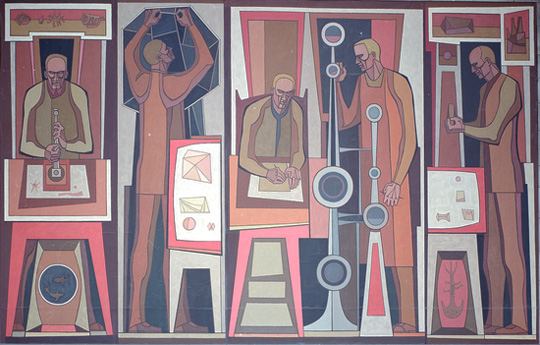 Labors of the Head by Kenneth Evett 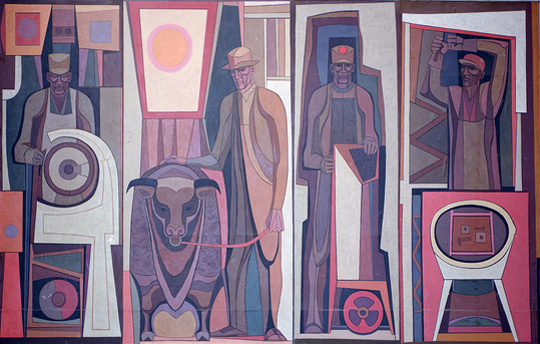 Labors of the Hand by Kenneth Evett 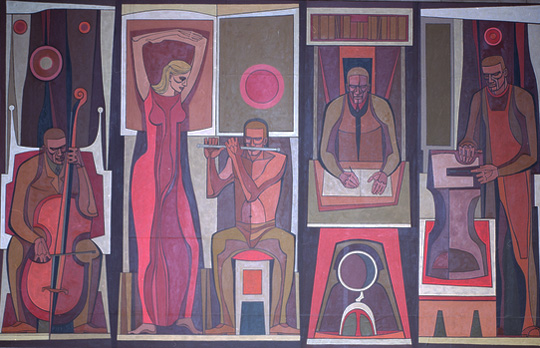 Labors of the Heart

The theme of the Rotunda is “Virtues of the State”. The eight winged figures in the dome form a celestial rose representing civic and sacred virtues: Temperance, Courage, Justice, Wisdom, Magnanimity, Faith, Hope and Charity. The three wall murals portray ways that citizens use labor and virtue to build a better state and world.

The large marble floor mosaic in the center of the Rotunda floor is “Earth as the Life-giver” and surrounding her are symbols of Water, Fire, Air and Soil. Prehistoric life of Nebraska is shown in the border surrounding the elements.

The inscriptions at the springing line of the room’s vaults are taken from Aristotle’s Politics:
HE WHO WOULD DULY ENQUIRE ABOUT THE BEST FORM OF THE STATE OUGHT FIRST TO DETERMINE THE MOST ELIGIBLE LIFE
MEN SHOULD NOT THINK IT SLAVERY TO LIVE ACCORDING TO THE RULE OF THE CONSTITUTION FOR IT IS THEIR SALVATION
A COMMUNITY LIKE AN INDIVIDUAL HAS A WORK TO DO
and from Plato’s Dialogs:
LAWS AND CONSTITUTIONS SPRING FROM THE MORAL DISPOSITIONS OF THE MEMBERS OF THE STATE
LAW AND ORDER DELIVER THE SOUL