Hildreth Meiere was born in New York City in 1892 to a household where art was an important part of life.

As a teenager she decided to become an artist and was taken to Florence, Italy to begin her studies. There she was exposed to classical art and the great artists of the Renaissance. Upon her return to the United States she continued her studies at the Art Students League in New York and art schools in San Francisco.

After the Great War she went back to New York and worked on Beaux Arts projects and met Bertram Goodhue.

Meiere worked on many commissions for Goodhue, her experience as a mural painter complimenting Goodhue’s belief that decoration was fundamental to monumental architecture.

Her work for Goodhue includes the mosaics of St. Bartholomew’s Church in New York, the dome of the National Academy of Sciences in Washington, D.C., and the floors and ceilings of the Nebraska State Capitol, for which she received the 1928 Gold Medal in Mural Painting from the Architectural League of New York.

Her work in the Nebraska State Capitol made use of  polychromatic Guastivino tile in the ceilings marble time in the floors. While Goodhue knew she was capable of great work, it was Capitol thematic consultant Professor of Philosophy Hartley Burr Alexander who guided her creativity to it’s full expression in the mosiacs which form the floor and ceiling of the Capitol. Together they tell the story of civilization and Nebraska’s place in it.

Up until her death in 1961 she acknowledged the Nebraska State Capitol as her crowning achievement. 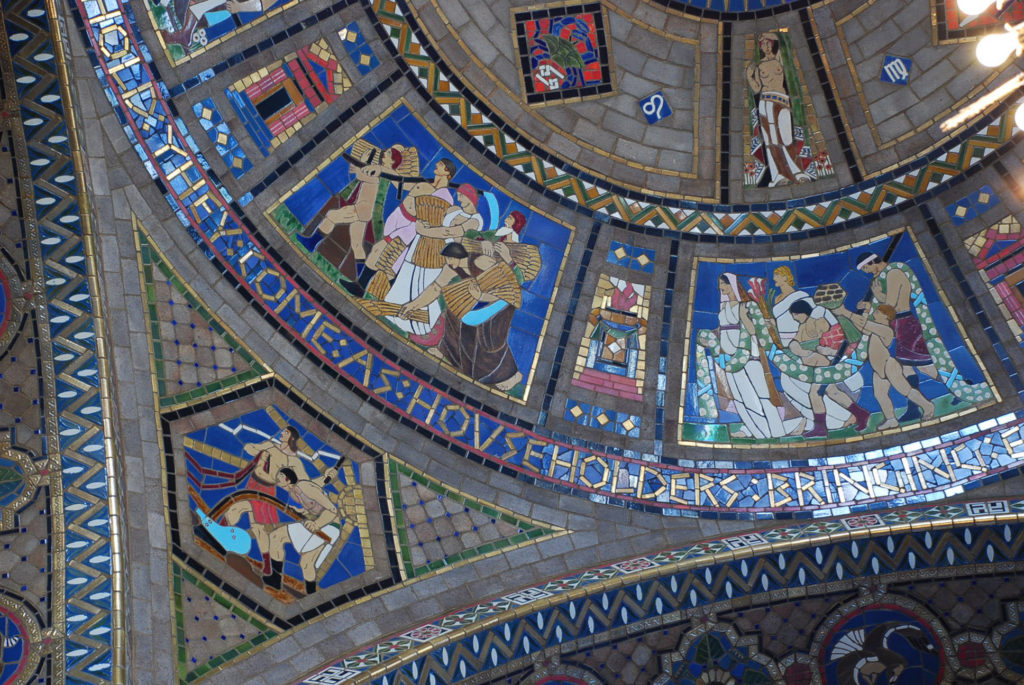 The Vestibule dome is allegorical, decorative and spectacular. 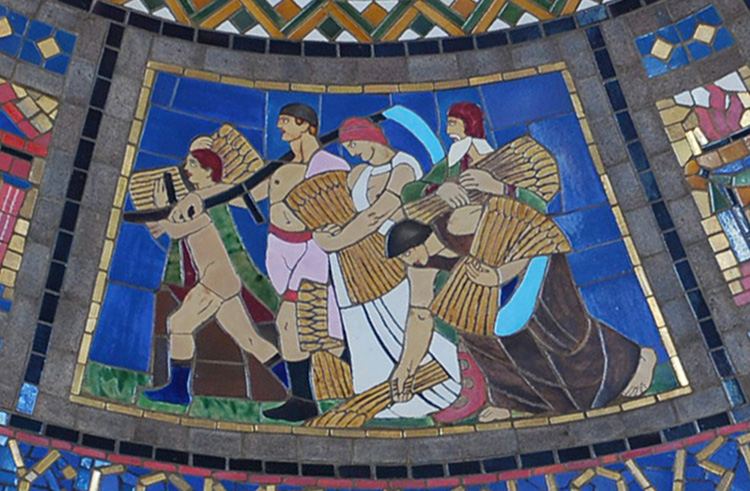 Women have worked beside men since the beginning of civilization. They could finally vote beside men in 1920. 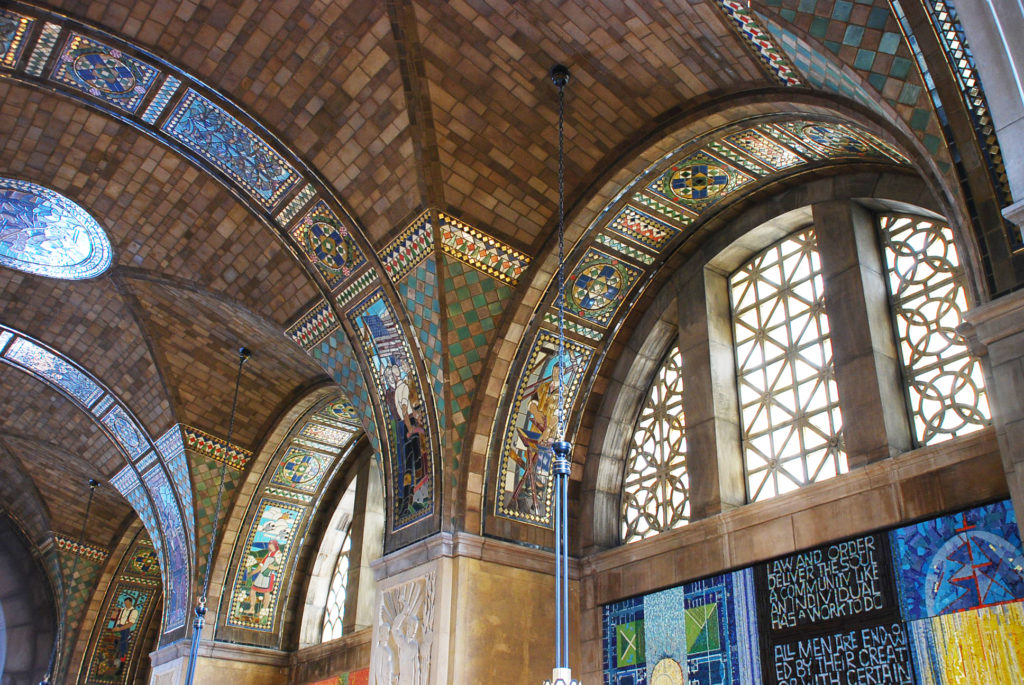 The ribbons of mosaic add sparkle and meaning to the vaulting in the Foyer. 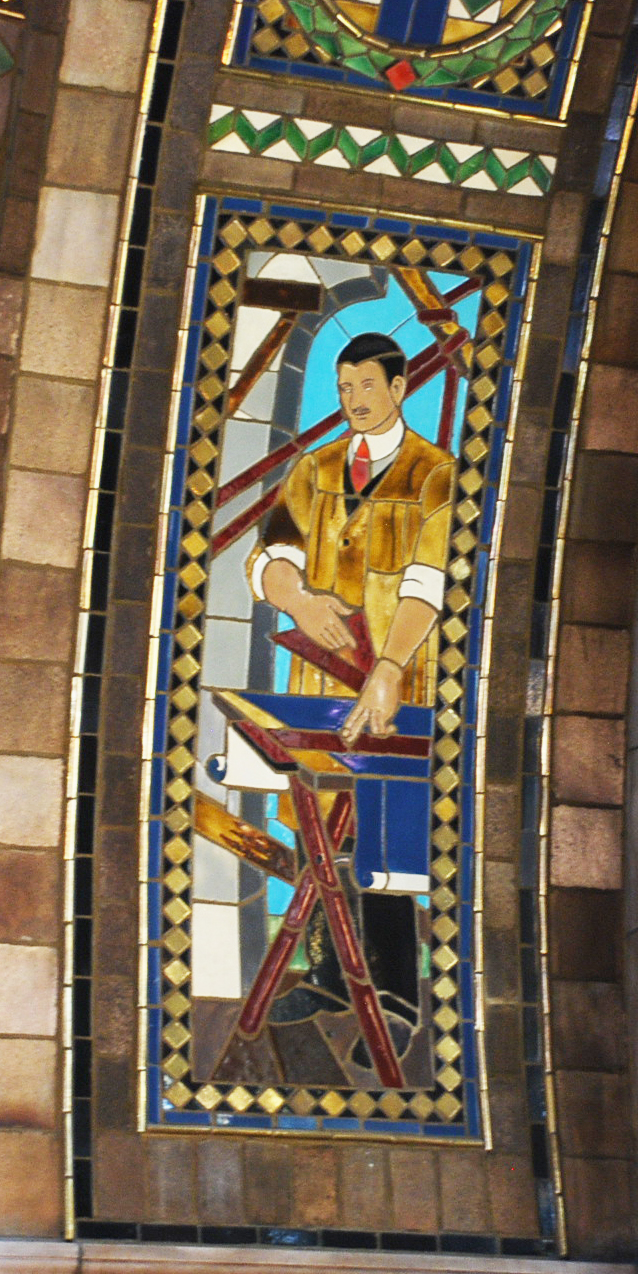 Representing the arts as one component of society is an architect. 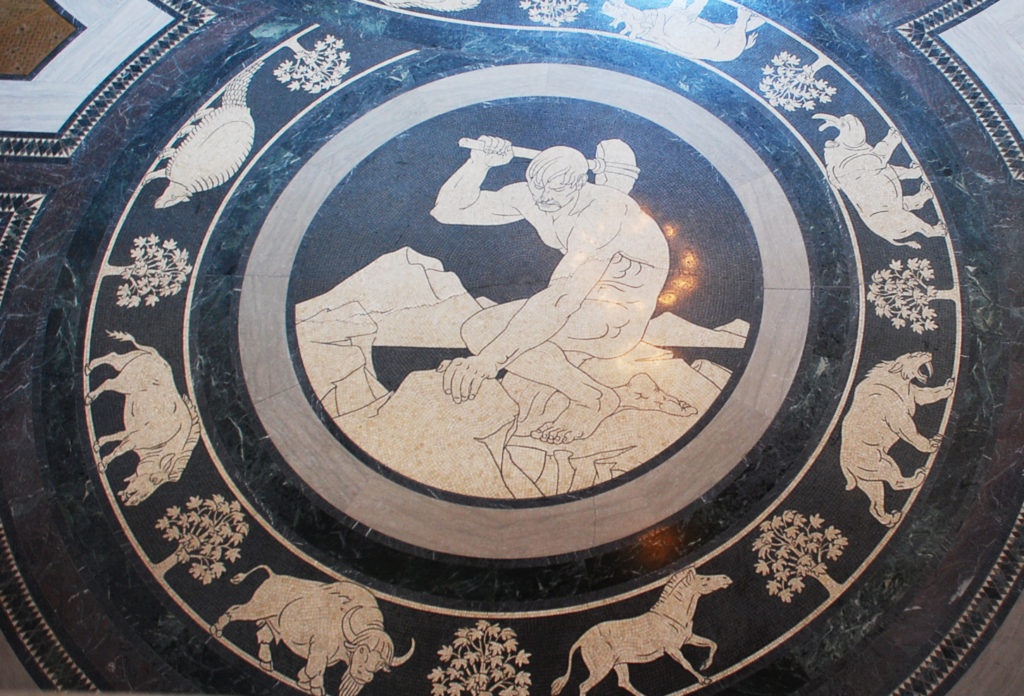 Viewed from the third floor balcony the element of soil fills one of the tondi on the rotunda floor. 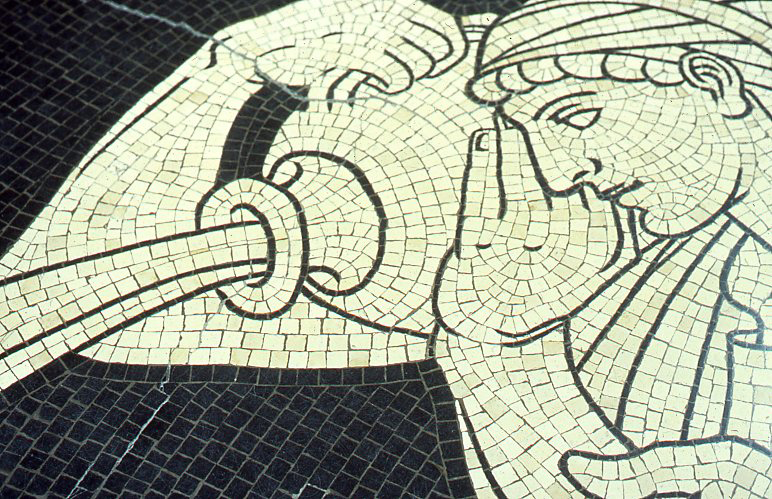 A detail of the central floor mosaic showcases Meiere's skilled use of marble tile to create an almost sculptural effect. 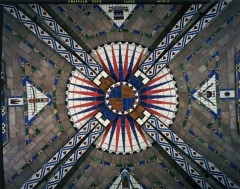 In the ceiling of the East Chamber Meiere recreates a pattern of bead work from the First People on the Plain's tradition.