Capitol watchers will notice a difference in the appearance of the Capitol’s lantern. The gold dome appears duller and darker. The blue in the Thunderbird panels seems less brilliant. During the Capitol Dome Restoration Project, the color of the grout in the joints between the tiles was changed. A darker brown colored grout was chosen for the gold dome, anticipating the darker color would give a more uniform appearance to the gold tiles. The lighter limestone color was chosen as a top dressing for the grout in the Thunderbird panels and matches the limestone façade surrounding the panels. Rain, snow, wind and sunlight acting upon the colored grout will ultimately determine the long-term appearance of the lantern.

During the 1998-2010 Exterior Masonry Project the gold dome of the Nebraska State Capitol was inspected, resealed and cleaned. The modern sealant used in the gold-tiled dome’s expansion joints failed under the harsh ultra-violet light of the sun and allowed water infiltration to damage the dome’s structure. The 2021 Dome Restoration Project removed the failed sealant and crumbling grout on the dome. Any delaminated tile was numbered, removed, cleaned and stored on the dome scaffold. Damaged mortar beneath the tile was removed; the substructure inspected and repaired. Then contractors reapplied mortar and reset the tiles in their original location. Grout was applied to fill the space between the newly reset tile and a thin coat of grout was applied to seal all joints. The expansion joints were filled with the best silicone sealant currently available, then covered with lead T-shaped shields to slow or prevent further ultra-violet damage. In addition to the gold dome restoration, the project also waterproofed the limestone tower’s four turrets and repaired the Thunderbird panels.

A 2019 inspection of the dome revealed the sealant in the dome’s expansion joints had deteriorated and allowed water to infiltrate the structure and with the freeze thaw cycle cause damage. In the photo below the empty expansion joint needs new sealant to make the dome water tight again.

The Dome Restoration Project began in September of 2021 with the installation of a scaffold and platforms to allow access to the top of the Capitol’s lantern. 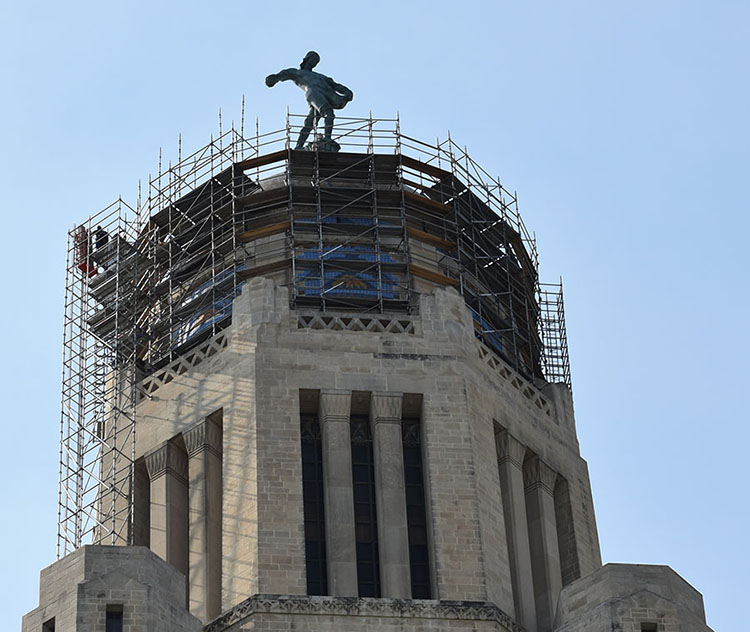 Upon gaining access to the dome, staff and contractors discovered some of the tile was completely delaminated and could easily be removed by hand. Thankfully, gravity had held it in place and no tiles had fallen off the dome. 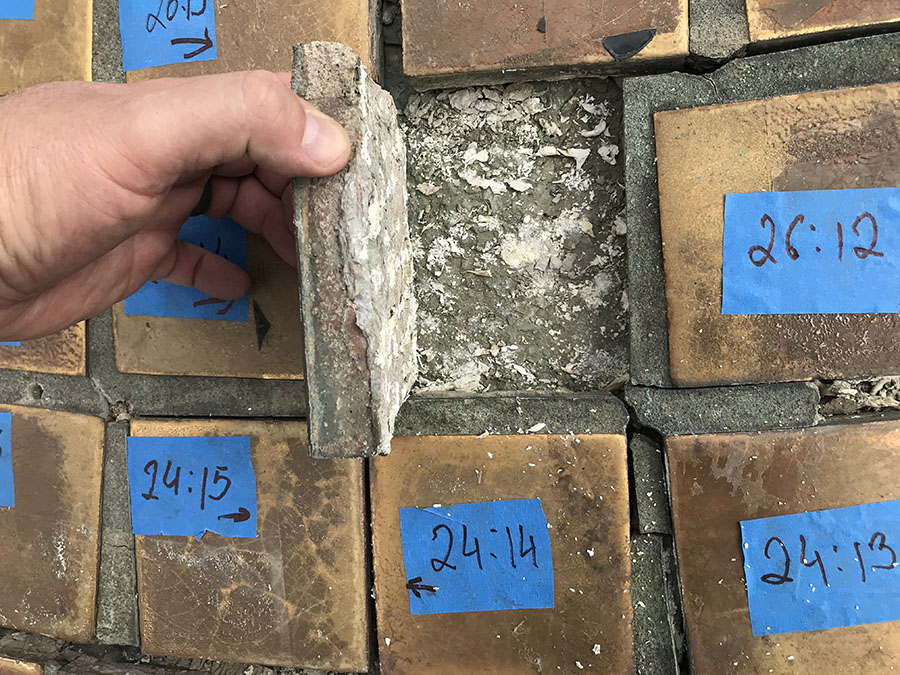 After removing all the loose tile and repairing the substructure the tile was reapplied. A darker grout was used to make the gold tiles appear as a solid unit rather than as individual tiles with the existing lighter grout. 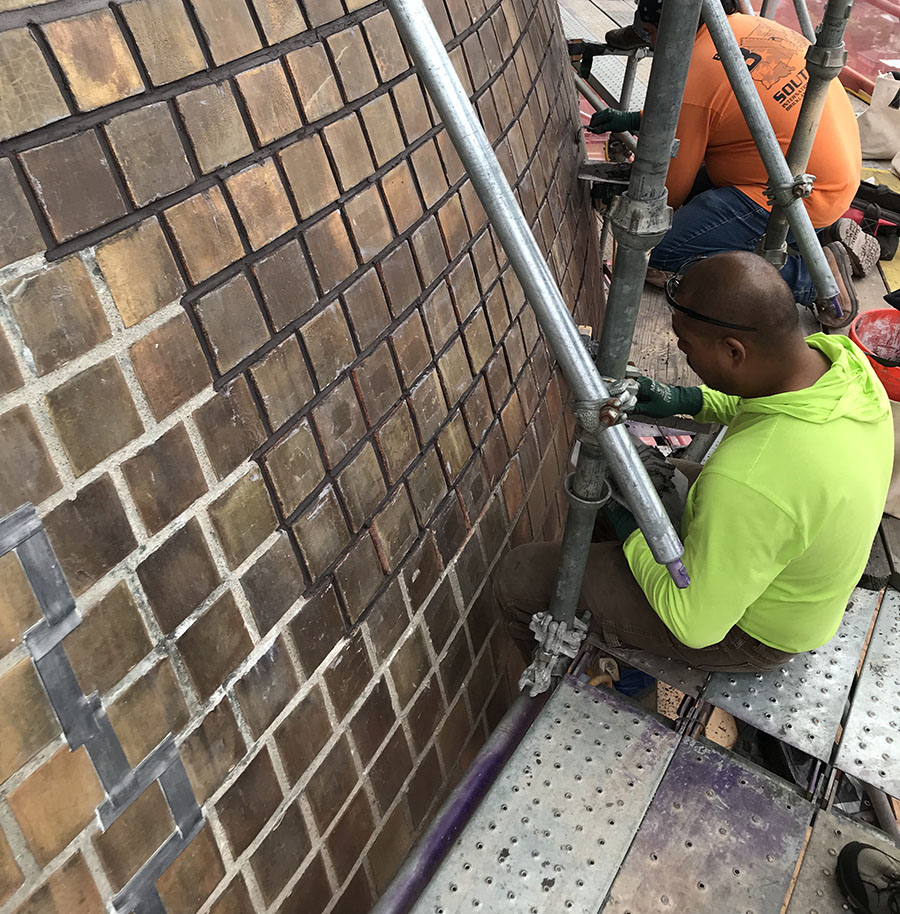 After the removed tile was reset the entire dome surface was top dressed with the darker grout to fill and surface cracks in the existing grout and provide for uniform color. The sealant protective lead T-shaped shields cover the expansion joints and blend in with the darker colored grout. 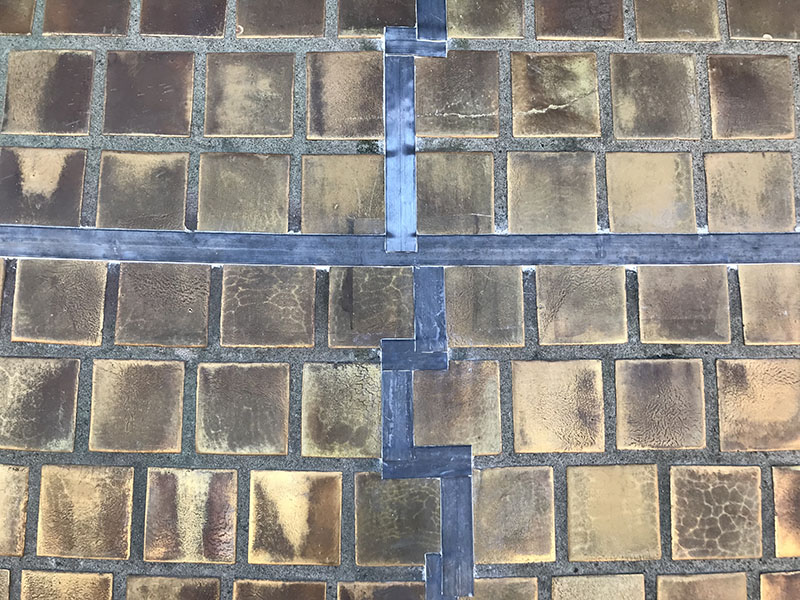 After the gold dome was completed, the Thunderbird panels were inspected and found to be in good condition. 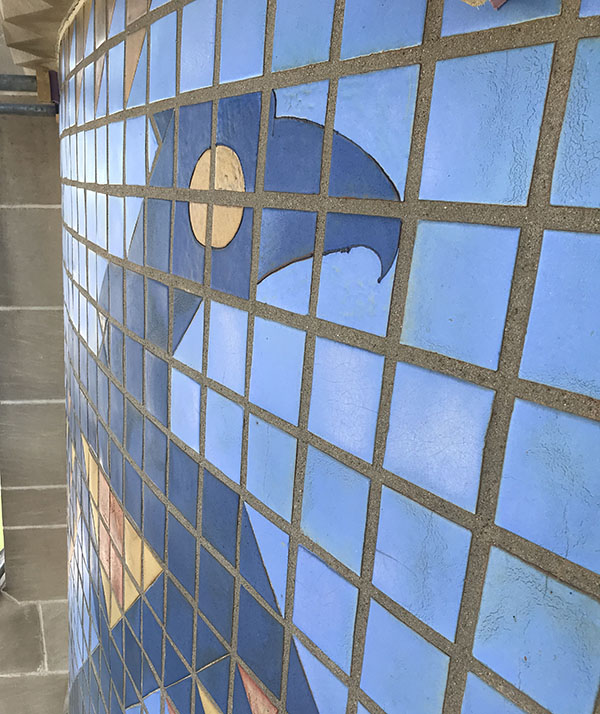 The only issue was the sealant at the intersection of the tile panels and the limestone facade. 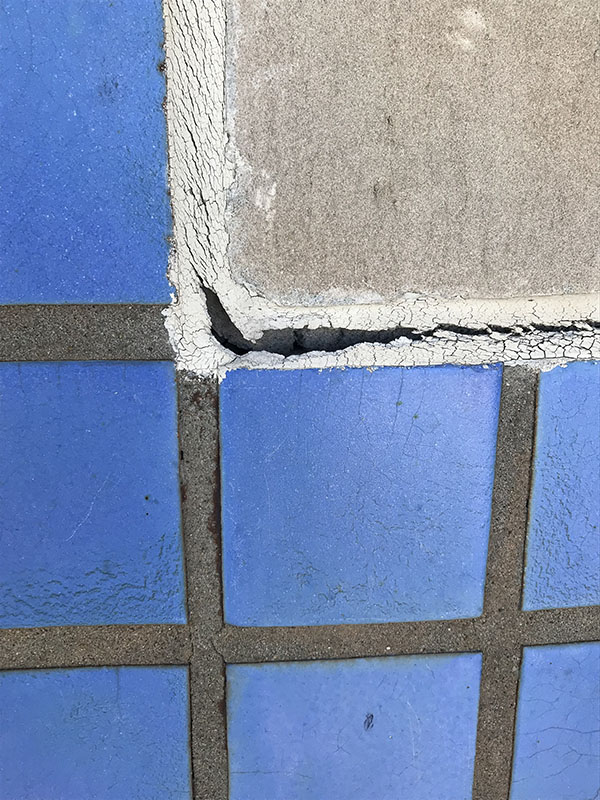 With part of the remaining project funds contractors repaired the sealant around the Thunderbird panels using the same techniques, removing the damaged sealant, installing new sealant and then protecting it from ultra-violet damage with the lead shields. The original gray concrete colored grout between the blue, red and yellow tiles were top dressed with a light colored coating to seal any surface imperfections in the grout. 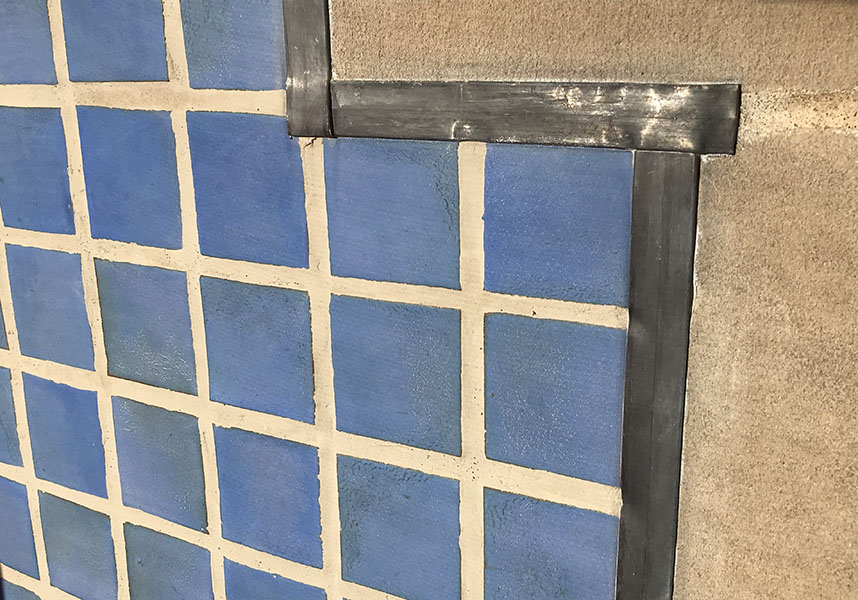 Once the scaffold was removed the different appearance of the gold dome and the Thunderbird panels was apparent. The appearance of the dome will continue to change as the weather, rain, snow, wind and sun affect the finishes. 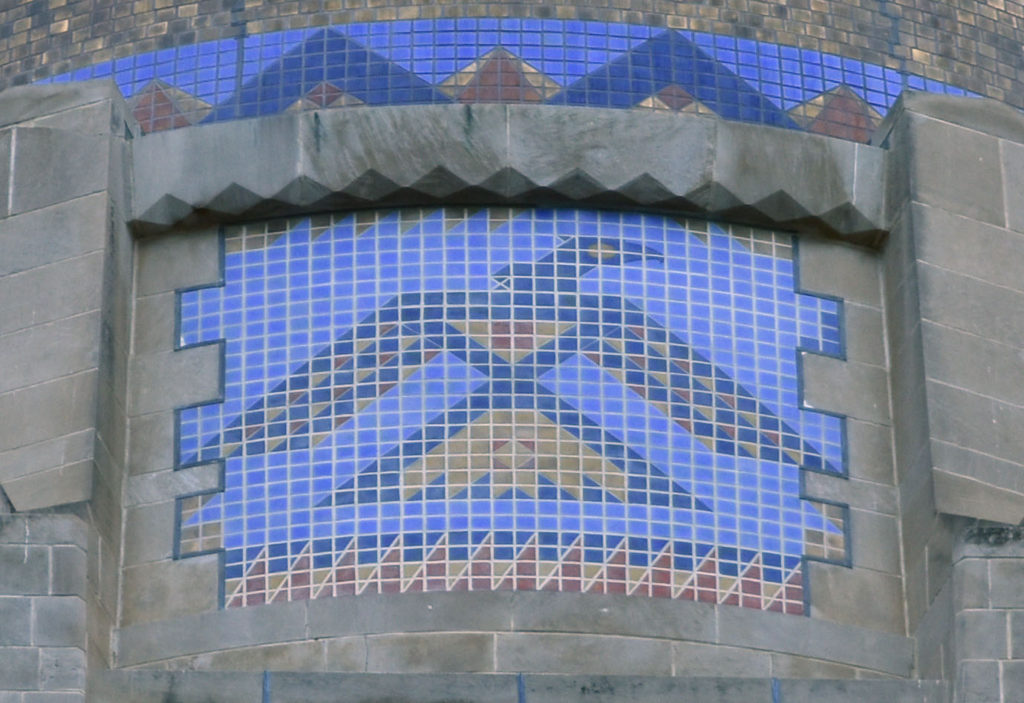