Annually since 2004, the Office of the Capitol Commission has created a custom holiday ornament featuring an architectural or artistic detail of the Nebraska State Capitol. The 2015 ornament is based on a ventilation grille which brings fresh air into the Capitol. The ornament, and all the ornaments in the series, is available in the Landmark Store at the Capitol located in the Capitol’s south center corridor. Architect Bertram Goodhue designed Nebraska’s Capitol to be heated with steam radiators. In 1922 air conditioning was not available and office workers relied on natural ventilation for summertime cooling in the Capitol. The first upgrade of the HVAC system was done in the 1960’s. In 2015, the Office of the Capitol Commission will begin a ten year project to update the 50 year old heating, ventilating and air cooling system in the building. The decorative grille upon which the ornament is based is part of the system which brings outside air into the Capitol. The geometric grille design includes an ear of corn in its center.  The 2015 holiday ornament commemorates this major upgrade of the Capitol, and demonstrates that even practical components of the Capitol were designed to be beautiful. 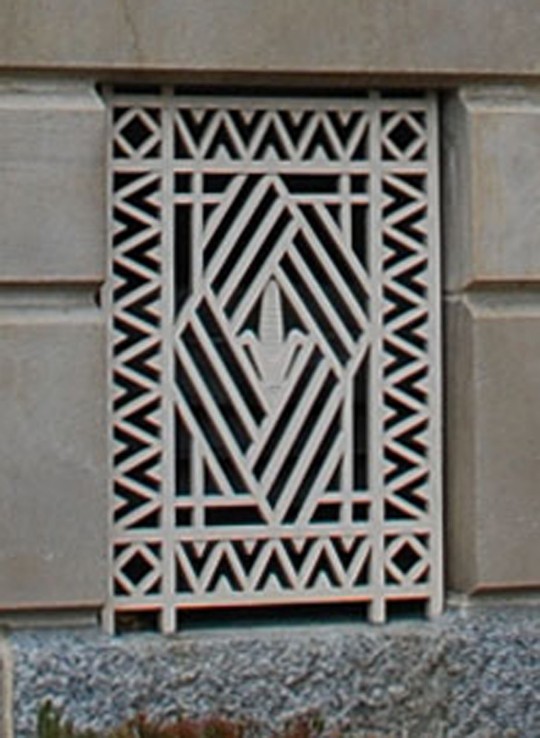 This ventilaion grille is the model for the 2015 Capitol ornament.